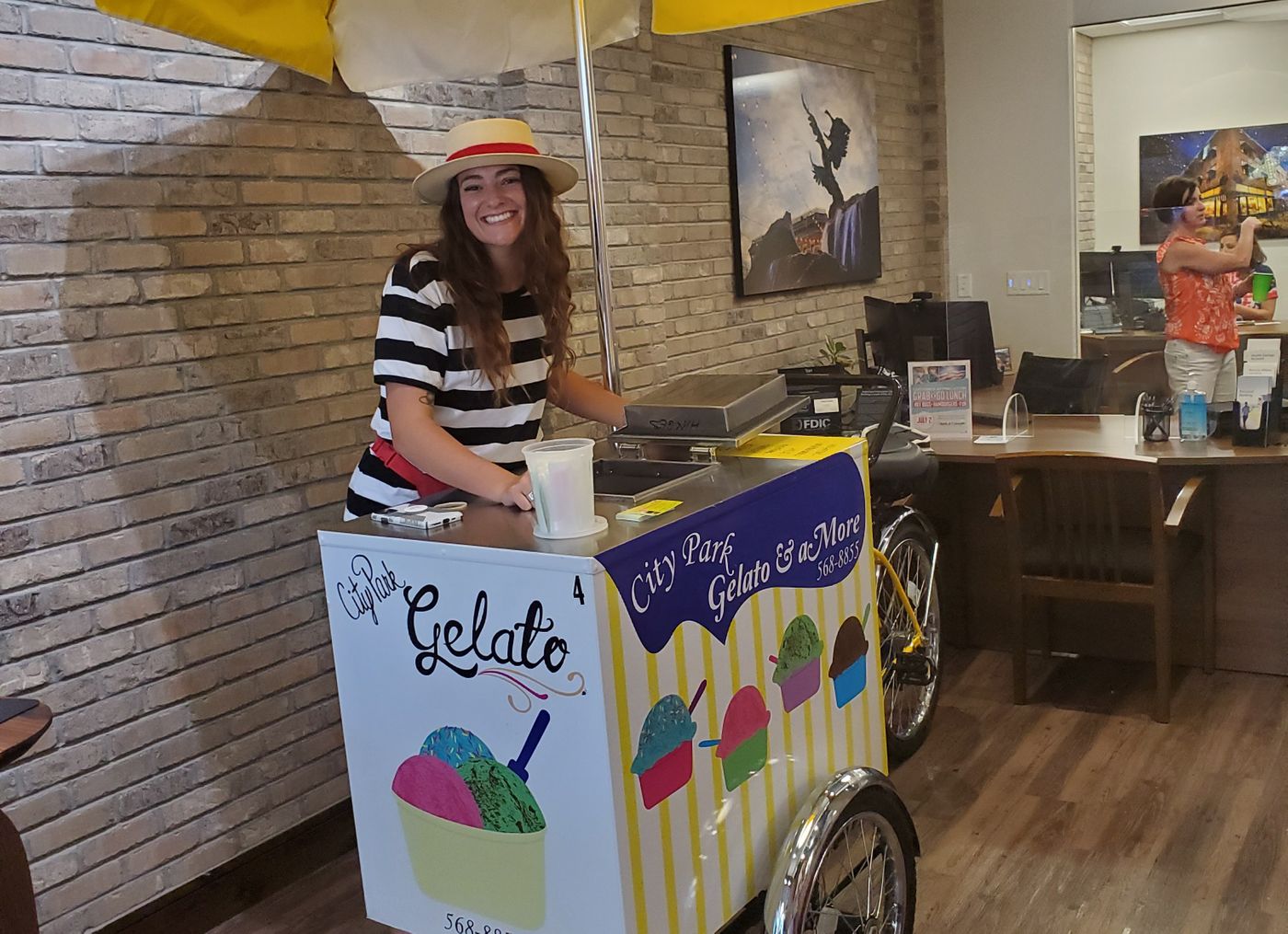 Traditional Italian gondolas have been around since the 11th century. Native to Venice, and over 36 feet long, these boats have been used to navigate canals and began as a way to transport high-powered people. Gondolas are traditionally operated by gondoliers, the typical uniform for these men being a striped shirt and a wide-brimmed straw hat. This summer, the city of Fort Collins will get the chance to experience Gelato & aMore’s gelato gondolas, which much like their Italian counterpart, will be transporting some very important cargo!

The Gelato & aMore gondolas are trikes with attached carts that carry your favorite flavors of gelato all around Fort Collins! Each gondola is made to ensure that the gelato is kept at a perfect serving temperature to be enjoyed on a hot summer day. The gondolas will be serving a variety of fun flavors at some of the biggest events of the summer including the City Park Food Truck Rally and the Lagoon Summer Concert Series.

It won’t be hard to find the gondolas as they will be manned by Gelato & aMore’s own gondoliers. These gondoliers will be dressed in striped shirts just like their Italian counterparts– making them easy to spot wherever they may be.

Even when there is not an event the gondolas will still be spread out around the City Park neighborhood so you can get a helping of gelato no matter when the craving hits. To find out where the nearest gondola is, follow @gelato_amore_FOCO on Instagram and check out the stories for live location updates.

In addition to being stationed around City Park throughout the summer, the gondolas can also be called for delivery in the neighborhoods surrounding City Park and can cater for your summer events. Call (970)568-8855 if you are interested in having a gelato gondola at your next event.

Be sure to look out for Gelato & aMore’s gondoliers in their signature striped shirts in the biking around to try some authentic Italian gelato. If you ever cannot find a gondola you can expect to see one outside of our brick and mortar store from 4pm-8pm every day until the store reopens later this year.